Forty years ago, Liisa Virho sat for the first time in the dark, exciting Parisian pavilion with hundreds of international hair stylists. When the lights snapped on, models walked down the stage and Liisa saw the hair guru Alexandre de Paris for the first time. Since then, Liisa has visited Paris twice a year for the Haute Coiffure Française event with a couple of her employees. The Finnish Haute Coiffure organisation was founded in 1973, and Salon Virho was one of its founding members.

Scandi-hair is a French favourite

The French love Scandinavian hair, because it is so silky and easy to style. Salon Virho’s employees go to Paris to learn new techniques and hair styling trends. Liisa has participated in the show herself, as the artistic director once and a couple of times creating hair styles on the stage. This autumn, Liisa fulfilled a long-time dream – she took the whole company to Paris.

Twiggy’s hair is the trendiest

On the stage the styles were inspired by origami, punk spirit, movement and nature. The show was spectacular, the models were professional, there were different international settings and the hair style demonstrations were excellent. This was the 70th anniversary show of Haute Coiffure Française and Liisa said it was one of the best she has ever seen. Naturalness, elegance and femininity are the current hits. Hair lives and moves. The cutting style is short, inspired by the 1960s top model of short hair, Twiggy. In the front bangs are longer and luxurious and hair is shorter at the neck. This autumn’s hair colours are copper brown. 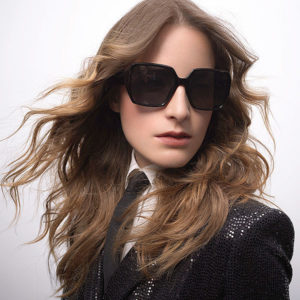 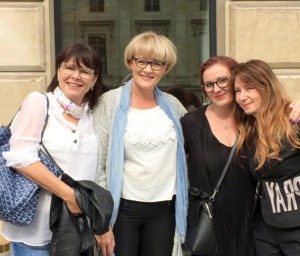 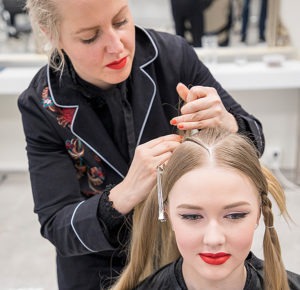 Hairstyles from London to Salon Virho

”Individual and experimental. Inspired by street fashion. Such hair styles are in fashion in London,” says Indira Schauwecker, one of the world”s top hairdressers. Indira 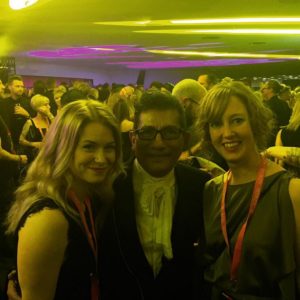